Details on the location of the class. 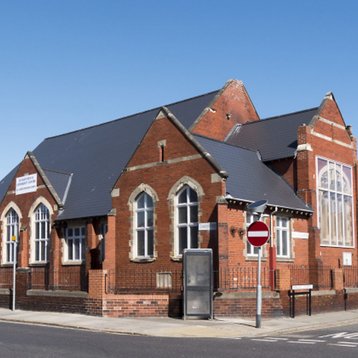 St Matthew’s has been at the heart of the Elwick Road area community for over 100 years. Originally built as a mission church of All Saints, Stranton,  it was converted into a Parish  Hall in 1945.  In the 1960s  a second smaller hall was added. From 2003, gradually an extensive programme began, to renovate the whole building and upgrade the facilities, in order  to become a Community Centre serving the local community.

Roofing, heating and lighting have been renewed. Now  the main hall provides a large versatile space for badminton, dance, youth and children’s activities and meetings. The creation of 3 meeting rooms, a kitchen and an office, with access from Arncliffe Gardens, has enabled provision for small community groups and meetings.

St Matthew’s Community Centre aims to be a welcoming and affordable space for the local community. We are a ‘not for profit’ organisation, run by volunteers.

Details on the instructors teaching the class. 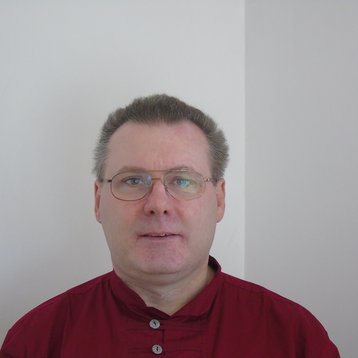 I found out about Tai Chi in 1980 when I first saw it on the Magnum PI TV series. I decided that I would like to try it so I keeped a look out for any classes in the local area. When I did eventually come across a class in 1995 it closed down within just a couple of sessions of me starting due to a lack of numbers. It wasn’t until years later in 2001 I met a Jason Chan instructor called Stan Rowlands that I could spend some time practicing a full form. I practiced the Jason Chan form for about 9 months learning all about Tai Chi and that it was a martial art.

I found out that the centre that hosted the Jason Chan style of Tai Chi also hosted a Yang family style of Tai Chi and that this was one of the five main styles so I was eager to try this more venerated style of Tai Chi. The instructor that was teaching it was from the John Ding School in London but lived in Stockton On Tees and was called Mike Watson. So from 2002 to 2006 I learned all I could of Yang Style from the Short Form to the Long Form, pushing hands both stationary and moving and onto various Da Lu cyclic forms for two people.

In 2006 I discovered a Lau Guar Kung Fu gardian in Stockton On Tees by the name of Keith Thomas who was teaching Chen style Tai Chi and as this was the original style of Tai Chi and again one of the more venerated styles I decided to go along and give it a try. From 2006 to 2008 I studied with him and learned the Chen 64 as taught to him by James McNeil who had learned the form from Pan Wing Chow. I continued with him and learned the Chen 56 Competition form, the Chen and Yang sword forms as well as the Wild Goose qigong.

Then in 2008 during the Chinese New Year display at Teesside University I met Marie Paulinus and Pamela Hedge who were also taking part in the display demonstrating the Yang long form a group from which Mike Watson had left many years ago. They called themselves the “Shen Tai Chi Academy” a lustrious group of Tai Chi enthusiasts and instructors working together to improve their own skills and to teach others in the Teesside area. They accepted me first as a student and later I was accepted as a fellow instructor. Since then I have learned three diffrent fan forms and the Yang 24 form from Faye Yip.

Through this group I traveled to meet Grand Master Liming Yue one of the Tai Chi instructors of Keith Thomas and one of the people that Keith told me to go and study under if I wanted to improve my skills further. Through him I learned the Chen Broadsword form, the Chen Spear form, the intermediate and advanced Chen fan forms, the Lau Jia Yi Lu form, Silk Reeling Energy and many more forms of Pushing Hands and Qigong as well as some understanding of the Xin Jia Er Lu form. I became a duan wei level three instructor as well as one of his senior instructors.