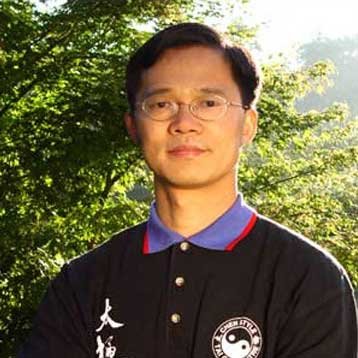 Grandmaster Liming Yue originally began the study of Shaolin martial arts as a child in China in 1972. Eleven years later, amazed by the skills of a young student from the famous village of Chenjiagou he began his journey to understand the internal arts by studying orthodox Chen Style Tai Chi under the 11th Generation Chen Masters in the village. Grandmaster Liming Yue has been accepted as a Disciple of Grandmaster Chen Zhenglei in 1998 and achieved 7th Duan Wei Grandmaster officially awarded by China National Wushu Association in 2004. He holds the Head Judge on Chen Style Tai Chi and Honorary Vice-Chairman of Tai Chi Union for Great Britain. He has also been awarded a title of the 'World Tai Chi Promotion Ambassador' by Chenjiagou Tai Chi village and local government authority in China in 2009, due to his great contribution and achievement to Chen Style Tai Chi.

Having learn't from the most skillful and experienced Tai Chi masters in China and having extensively studied Internal Qigong with masters from the monastery on Nanyue Mountain and Zhangjiajie Forest Park, Grandmaster Yue moved from mainland China to the United Kingdom and founded the Chen Style Tai Chi Centre in 1995.

Currently No Events Advertised For Liming